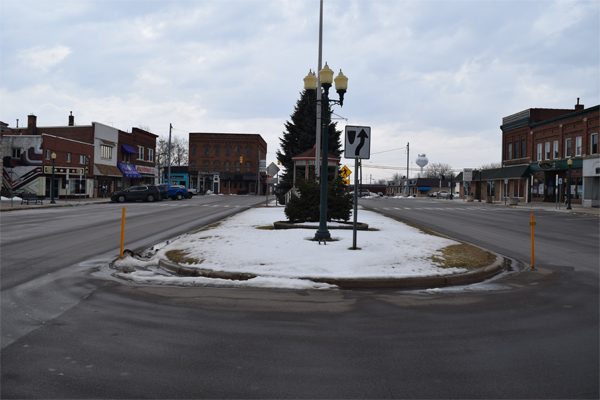 Parking has become an issue in Brooklyn. At the Feb. 14 village council meeting. In a memo to the Brooklyn Village Council, Village Manager Jae Guetschow indicated there has been a recent issue with vehicles, including a construction trailer, being left in village parking lots for extended periods.

“Though Zoning Ordinance Section 62-244 prohibits the parking of commercial vehicles over one ton in all residential districts, there has been a chronic violation of the ordinance on Monroe Street,” the memo reads. Parking of one commercial vehicle per dwelling unit of up to one ton is permitted. Guetschow provided an example of a vehicle that has been sitting in a village parking lot with two flat tires for two months.

As a result, the Brooklyn Village Council unanimously approved an update to its Traffic Control Order. Vehicles in violation of specific parts of the order will be subject to impoundment and towing at the owner’s expense.

“We have to do what we have to do to get people’s compliance,” Guetschow stated. “If they don’t voluntarily comply, then the village has to take other measures.” The council did acknowledge they will allow some flexibility in emergency situations or when vehicles break down. (more below)

The village Traffic Control Order states there is no parking on Monroe Street between Water Street and the southeast village limit. “Though zoning citations have been issued and officers of the Columbia Township Police Department may also issue citations, there has been no provision for removal of the commercial vehicles in violation of the ordinance. The TCO provides notification that vehicles may be impounded and towed at the owner’s expense,” the memo states. Guetschow further noted that the parking prohibition on Monroe Street has not been enforced due to the lack of signage and that it should be enforced once signage has been installed “since on-street parking has become rampant and has negatively impacted the condition of the right-of-way.”

Though signs may have been posted to prohibit overnight parking in municipal lots, the prohibition has not been reflected in the village’s Traffic Control Order. The most recent changes to village parking have included prohibiting parking of all vehicles overnight in the Weatherwax Park municipal parking lot (off Monroe Street behind Weatherwax Pharmacy) and in the West Street municipal lot (behind/west of the Main Street businesses between Marshall Street and Chicago Street) unless otherwise permitted and approved by the village council.

There is another part of the Traffic Control Order that states there is no parking on any village street from 2 a.m. to 7 a.m. November 1 to April 1. Signs indicating this order are posted at the entrance to the village on all streets. The order further reads those vehicles in violation of the order are subject to impoundment and towing at the owner’s expense.