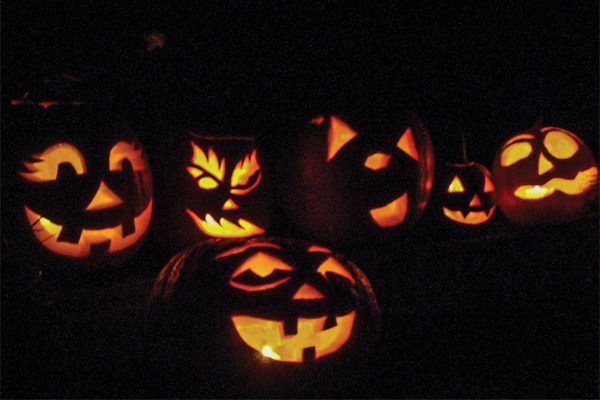 According to Statista, over 146 million U.S. residents plan to

carve a pumpkin for Halloween this year!

With many Halloween celebrations scheduled for the week, and many families gathering together to carve characters and words into big hollow pumpkins, I had to ask, why do we carve them? What reason do we have for this annual ritual?

Pumpkin carving originated in ancient cultures. But it is in Ireland that it became culturally accepted due to Celtic folklore about a man named Stingy Jack. Legend tells the story of a man named Stingy Jack who invited the Devil to have a drink with him. However, just like his name implies, he did not want to pay for his drink. Ever the trickster, Stingy Jack convinced the Devil to turn himself into a coin so that Jack could pay for their drinks but pocketed the coin next to a silver cross instead. The silver cross prevented the Devil from returning to his original form. (more below) 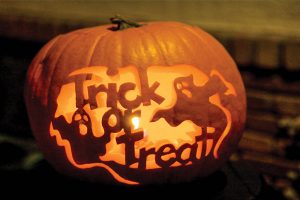 Eventually, Stingy Jack freed the Devil from his pocket on the condition that he should not bother him for a year or claim his soul should he die in that time. The legend continues that a year later, the Devil was deceived again by Jack while climbing up a tree to pick a piece of fruit. While the Devil was in the tree, Stingy Jack carved a cross into the trunk until he promised not to bother him for ten more years.

As punishment for Stingy Jack’s behavior, he was prevented from entering the afterlife and cursed to roam the earth at night with only a lump of lit coal to guide his way. Stingy Jack was said to have placed that coal into a carved-out turnip.

In respect of the folklore, many of the Irish would carve out vegetables, including turnips and potatoes, to keep Stingy Jack away and light the way for the good spirits. As the Irish began to immigrate this way in the 1800s, pumpkins were determined to be an excellent vegetable to carve and place at the doorstep of their homesteads and so a tradition was born.

We’d love to see your carved masterpieces, share them in the comments below.