Your input is needed by January 1 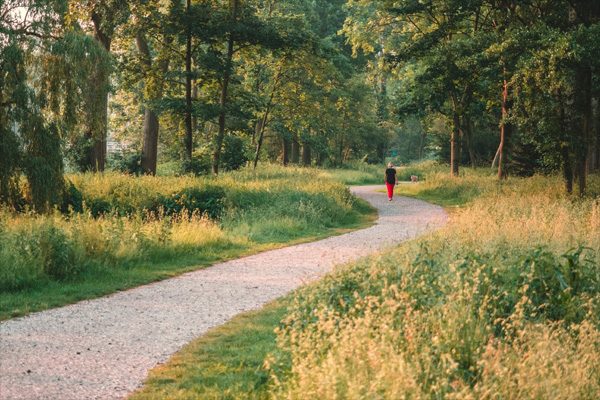 Residents who wish to provide input to a future trail from Brooklyn to Watkins Lake State Park need to act fast. A survey, which has been open for several weeks, is only available until the “close of business” this Saturday, January 1, 2022. To participate in the survey, go to b2wlsptrailstudy.com.

The Village of Brooklyn, Columbia and Norvell Townships, and the Irish Hills Community Legacy have initiated a trail feasibility study to evaluate potential routes from downtown Brooklyn to the Watkins Lake State Park and County Preserve.

The trail would be an extension of a route that is currently under development from the Village of Manchester to Watkins Lake State Park. If completed, the trail would create a roughly 13-mile link from Hibbard Street in Manchester to Swain Memorial Park in Brooklyn.

In Jackson County, the Michigan Department of Natural Resources (MDNR) owns and maintains the roughly 1,000 acres that comprise the State Park portion of the park. The state owns approximately 1.5 miles of railroad easement, ending at Fay Lake Road. A roughly half mile parcel just west of Arnold Road is privately owned as is the remaining rail easement west of Fay Lake Road. (more below)

A Steering Committee comprised of Brooklyn, Columbia, and Norvell officials and representatives from the MDNR, Jackson County Department of Transportation, Jackson County Parks & Recreation, and the Region 2 Planning Commission looked at a variety of potential alignments and trail configuration options. From the beginning of the project, it was agreed that eminent domain would not be used to acquire land for trails. Easements, either in the form of donations or sale of land, would be welcomed, but in no instance would land be taken against the will of a property owner.

The preferred route would utilize easements to connect south from the park to Lawrence Road. From there, a signed route would be developed using Lawrence south to Owen, and a combination of Owen, Ladd, and Waterman to reach Swain Memorial Park in downtown Brooklyn.

The survey is intended to gather feedback from residents on three preliminary proposed routes. In addition to the survey, a community meeting will be held in early 2022 to allow residents to voice their opinions. Input can also be sent to the research team at cnordstrom@cwaplan.com. Hard copies of the survey are also available at the Village of Brooklyn offices and the Norvell and Columbia township offices. Once the first community input round is complete, the research group will refine the routes and present the findings to the community.

Again, note that the survey is only available until the “close of business” on Saturday, Jan. 1, 2022. Visit b2wlsptrailstudy.com to participate. (more below)

The survey is being administered by Carlisle-Wortman Associates, the consultant hired for the project. Questions? Contact John Enos at 734-662-2200, jenos@cwaplan.com

The Washtenaw County part of the trail

The Washtenaw County Parks and Recreation Commission (WCPARC) owns and maintains the 405-acre County Preserve portion of the park.

A pathway is already in development from the park to the Village of Manchester in Washtenaw County. The alignment utilizes state-owned parcels for the majority of the route, including the old Detroit, Hillsdale, and Indiana Railroad easement.

The rail easement running from Watkins Road to Austin Road in Washtenaw County is part of the Preserve, and much if it already has rustic trails in place. North of Austin Road, the rail easement becomes private property, with homes in or near the easement.

The 2018 Trail Feasibility Study prepared for Manchester Township and the Village of Manchester recommended using the right-of-way and possible easements to run their trail on the south side of Austin Road before terminating at Carr Park in the Village. The township is currently pursuing grants to fund final design and construction for the first segment of that trail.